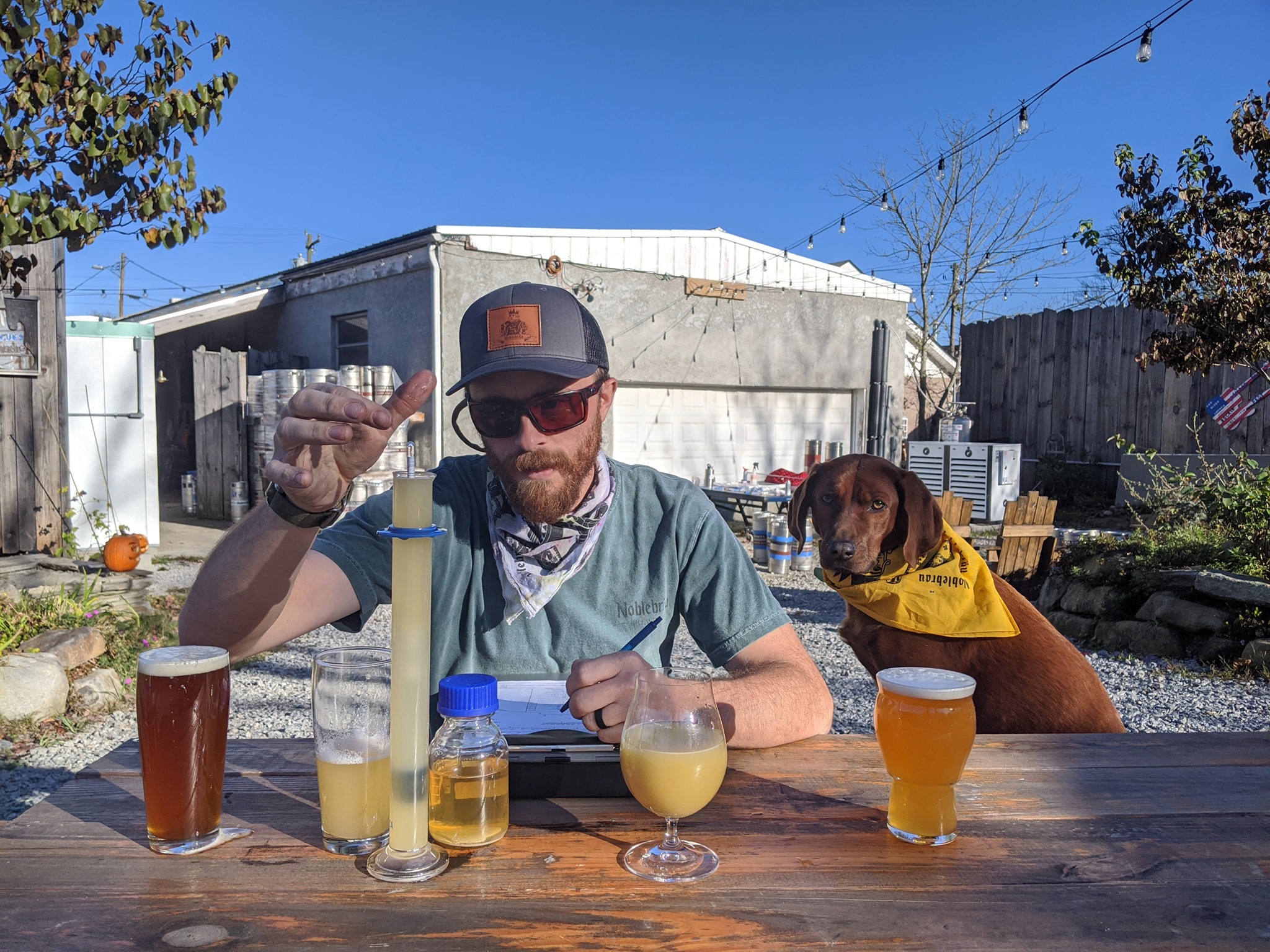 Noblebräu Brewing is the brain child of Cody Noble. Cody, a Brevard High School graduate, was a member of the first group of students to complete the Blue Ridge Community College brewing certificate program back in 2014. While taking classes he worked as a bartender at Brevard Brewing Company and Oskar Blues Brewery where he eagerly learned as much as he could about the craft. During this time, he was concocting many a home brews that he shared around town. His basement brewery operation helped him grow a bit of a following, and soon, he was ready to take the next step in his journey. Cody signed on with Boojum Brewing Company in Waynesville in 2015. It is with Boojum that Cody learned to brew on a larger scale, hone in on his recipe development, and solidify that he knew a thing or two about making delicious beer.

Cody had always dreamt of having his own brewery, but never thought that the opportunity would come this early. In the spring of 2018, while attending the grand opening of Vescovo Neighborhood Eatery there was mention of the neighboring music venue, 185 King Street, having space available to add a brewery. Once the seed was planted, the idea of returning home to Brevard and starting something of his own could not be brushed aside. Cody, his mother Julie Noble, and his fiancé Madeline Magin became the new owners of 185 King Street in November of 2019 with plans to open a brewery within the space. To say it has been a tumultuous first year in business is an understatement, but they are happy to announce that a year later, the inaugural beers are ready to be enjoyed by all.

Are you at least 21 years old?